Posted on April 1, 2016 by Chris Mann
Another Busy Month in the Victoria Real Estate Market
April 1, 2016 Victoria BC - The Victoria Real Estate Board today released its report on Multiple Listing Service® real estate activity in the Victoria area for the month of March 2016.
A total of 1,121 properties sold in the Victoria Real Estate Board region this March, an increase of 52.7 per cent compared to the 734 properties sold in the same month last year.
Inventory levels remain lower than the previous year, with 2,618 active listings for sale on the Victoria Real Estate Board Multiple Listing Service® at the end of March, 30.5 per cent fewer than the 3,769 active listings at the end of March 2015.
"I think the strong uptick in the market has surprised many of us! The business cycles of real estate are affected by economic drivers and it's clear that this cycle has all possible drivers running at top speed. Many different factors may be contributing to this activity," notes Mike Nugent, 2016 President of the Board. "Pent up demand from the slower years of 2008 to 2013, lower than historic mortgage rates, strong interest from out of town buyers, a buoyant economy that's attracting job seekers and the lifestyle and beauty that Victoria and area offers all contribute to the activity we've seen this year."
The Multiple Listing Service® Home Price Index benchmark value for a single family home in the Victoria Core in March 2015 was $569,700. The benchmark value for the same home in March 2016 has increased by 16.4 per cent to $663,300.
"Though we represent a relatively small geographic area, there is variation in price and inventory in different neighbourhoods," adds Nugent. "Areas near the downtown core continue to see high demand for houses and condos, as do most areas in the Peninsula. The West Shore has also strengthened considerably but pricing remains lower than in the core because there has been more inventory to meet demand. Further out of town there has been less demand, but overall all areas have now strengthened in sales. More than ever I encourage buyers and sellers to connect with a local REALTOR® to develop a strategic approach in this fast moving market."

Ready to get started?

Call or Email me today and let's discuss your next home sale or purchase. 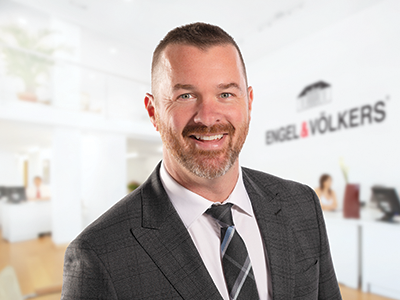 Cell: 250-889-6100 Office: 778-433-8885
info@chrismann.ca
735 Humboldt St, Victoria, BC V8W 1B1
Powered by myRealPage.com
MLS® property information is provided under copyright© by the Vancouver Island Real Estate Board and Victoria Real Estate Board. The information is from sources deemed reliable, but should not be relied upon without independent verification.